The world of USB charger is vast, and far from most people’s worries, however, a bad charger can easily ruin your day, or even month, by damaging your beloved device whatever it is…

THE CASE OF CHINESE CHARGERS

Any electrician will tell you : a 2$ charger plugged on 110 or 220v outlet has high chances of doing it badly, or even dangerously, though it is the price of most universal chargers on Rbay, DealExtreme, Gearbest, etc etc…
I myself use several of those, i even had a new preffered one branded “SZWLX” of witch i loved the compacity, as it offers 3 ports rated 2.1A each, all in a ridiculous volume, the perfect travel companion, i thought.

However, when trying my new tablet (Sony Xperia Z3 Tablet Compact … fiew! ) I figured that the touch screen became erratic and even unusable while charging… after some research, it turned out that such parasiting was common on many smartphones and tablet in the case of a dubious charger, poorly grounded, or poorly filtered … 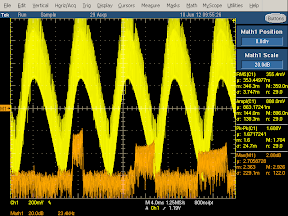 Those chargers don’t have any obvious issue with devices that are sufficiently strong, but still provide low quality current, as demonstrated by Ken Shirriff on his blog

There are several quick charging technologies, Qualcomm QuickCharge for example, is Qualcomm-specific but allows to use not 5v but also 9v or even 12v after  negociation between the device and the charger; Qualcomm has a  list of compatible devices
Motorola also offers “Turbo Charge”, Samsung labels the Qualcomm QuickCharge as “adaptive fast charging” for some reason, and there seems to be an identical functionning with “ASUS BoostMaster” and even Intel appears to be using Qualcomm’s technology…

Before that too, various makers have experimented different methods for recognizing the quick chargers, as opposed to laptop’s USB ports (rated for 500mA, against ~2A for a wall charger ) through voltage recognition, or resistor or even bridging on the data ports , till the new “power delivery” USB standards we have now, hard to sort it all out..
THE TRONSMART CHARGER

I therefore took on me to spend a bit under 15$ shipping included (through AliExpress) for a quality charger, whose maker is also active on the XDA-Developer forums, mark of community-listening Here it is, just shipped, along with a complimentary plug converter, the seller having probably noticed that i ordered from France.
Note that the charger also exists with euro plug, but i always chose US-style plugs for travel gear, i’ll talk further about it on a dedicated article 😉 Inside the white sleeve is a plain box showing the Tronsmart logo alone. Ans inside the packaging  is the charger of course, and a USB cable, but also a little beautiful yet useless booklet about “VoltIQ”, and a user manual in several languages Here is the thing out of it’s package, the little hole on the left hides a LED power indicator , turns green when plugged “regardless if any device is charging or not) Usual voltages and amperages, we may notice the secret of Qualcomm’s QuickCharge 2.0 : charging with 9v / 2A, or even 12v/1.5A on the dedicated port No relation with USB 3.0: the port is only blue to stand out , the 2 other ones are labelled VoltIQ, Tronsmart’s proprietary technology, supposed to recognize the plugged peripheral’s needs, aside from QuickCharge The provided cable is surprising long, with no less than 1.8 meters long! compared to a samsung stock cable, the Tronsmart is also very thick

and next to my chinese “SZWLX” charger, the Tronsmart has exactly the same thickness and width, despite being longer and heavier dimentions are spot on Compact and dense, the charger weights no less than 106 grams wich is almost the double of the chinese charger’s 54 grams, no secret there.

the surprise plug converter makes it even longer ..

no in-depth test here: it’s just a charger, once plugged to a QuickCharge 2.0 compatible device, the charge is noticeably faster, as you can get 50% charge in the time usually necessary to get 15, results of course will vary with devices and usages (sleep mode or while using it etc) only point to make:
Yes it works, it’s a bummer that every Quickcharge compatible devices isn’t shipped with a QuickCharge charger.

SONY XPERIA devices owners: YES the magnetic dock is compatible with QuickCharge …..  if and only if you use the sony DK48 dock, for in this case the QuickCharge negociation happens within the dock and not in the tablet or phone, as the magnetic connector has no usb data pins.

THE CASE OF THE SAMSUNG TABLET

Once upon a time, some devices, such as my Galaxy Tab2 used to recognize the wall charger through a simple resistor on the data line, indicating that the cable isn’t plugges on a computer.
I had to make a little dongle to allow me to fast-charge my tablet on a non-samsung charger : curiosity therefore compels me to try it out on the Tronsmart charger,

on the QuickCharge port, the result: surprising? no fast charge there…. The little lightning means fast charge!
VoltIQ does it’s job in this case, and provides the 2A to the tablet without any additional dongle

CONCLUSION
The QuickCharge standardis a good thing on it’s own, a good little bonus as for today, wich will become a norm pretty soon on every device coming, according to the Qualcomm’s website, they are only about 20 by now, plus those who use obviously similar technologies, the only bummer is havingto spend over a dozen bucks for a charger that allows the usage of your device’s functionality

However this is the price to pay for the safety of a charger with no surprise that would be voltage spikes, parasites or poor shielding, if the 2$ chinese chargers are attractive price-wise, the truth is that by now, even the pricier ones (my SZWLX cost me almost 8) still fail to provide proper safety ; and a 300, 600 or even 900$ high-end device desserve a proper charger , the minimal price is around Tronsmart’s prices, as they are fairly affordable, unlike some other brands

Expect spending about 10$ for a single port charger, 15$ for a triple one, and about 25 for more ports.